For more than a century photographers have visited and portrayed a place known as The Dead Woman. The waterfall strenuously breaks through the rocks into the river Mürz. The story tells of a woman who climbed the rock in order to pick an edelweiß for her beloved, but slipped and fell to her death.

I myself was asked to take a photo of the waterfall. There was little time, the camera difficult to handle, the photo was to be a realistic depiction of the scenery. I was wandering back and forth and finally chose a position, which allowed for a full look at the cave from which the water flows. I went for deep focus and also decided to let the water appear, as it is commonly perceived when being watched in real life.
A few days later, I came across a collection of photo postcards of the place and was surprised and amused about their similarity with my image. I had been standing a bit more to the left, but remember having tried as well to move more to the right. It is just that the forest has grown so much in the meanwhile that the waterfall was not visible anymore from there. It made me imagine myself and “my predecessors” positioned at the very same spot (all of us probably having spent some time thinking on how to position ourselves to finally “end up” with the very same). We all had the same visual motif: a three-dimensional object, with a certain volume, certain directions, proportions and surface structure. We all were looking how the light was falling, how the trees were standing. Each of us had felt the place.
The place was our theme and we all made our way through the very same space to position ourselves.

How come that the same perspective has been chosen again and again? There are certainly practical arguments like the recognizability of the place, the little cave that resembles a mouth and the fact that we did not have to cross the river, which would have brought us too close to the waterfall. But apart from these practicalities this phenomenon illustrates that not only urban settlements tend to develop around centers. Also photographers revolve around centers of ‘gravity’ in their search for position in space. In the given scenery it is the waterfall that forms this centre, surrounded by the forest, this centre eventually being „the point from which the world is defined“, which is carefully framed and up to a certain extent protected by its own environment.
In any case the photo is readable for almost everybody. If it appears logical to choose this point of view, it is of course still but one possibility. The image itself shows already many others that were apparently not of our interest. For example, getting closer to the waterfall would add abstraction and allow a less hierarchical reading. You would have more trouble orientating and also have less of a clue about the (size-) relation between place and spectator.
So, my standpoint is a common one in so far as it tends to ensure that my picture is understood at once. That choice, perhaps, may not in itself say much about my artistic vision or personal sentiment - it is a continuous cooperation on a shared view. 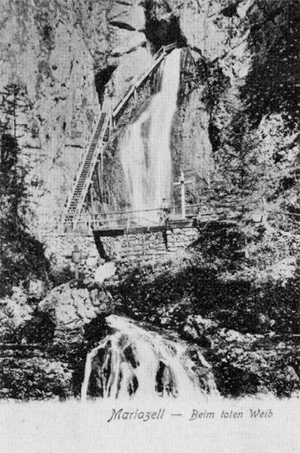 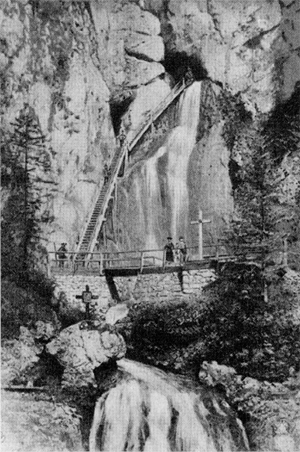 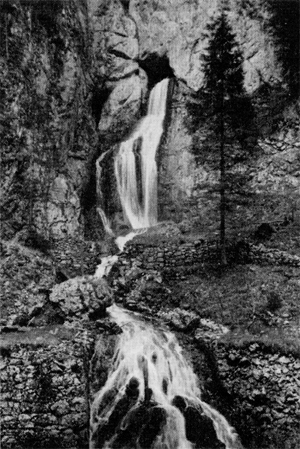 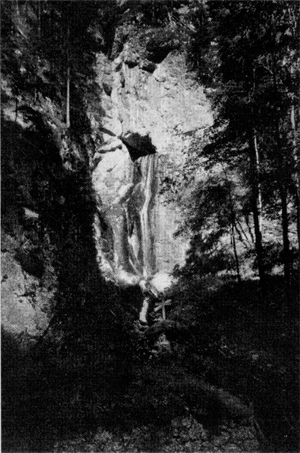 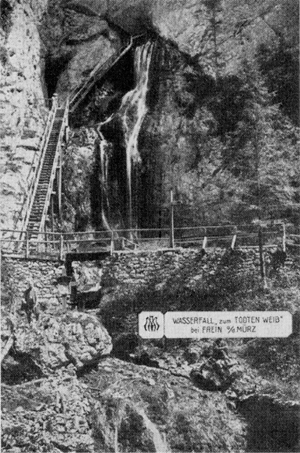